The 'Golden Record' refers to a concept within Master Data Management meaning 'a single version of the truth', or, perhaps more literally, one data point that captures all necessary information.

When running a match session, after identifying duplicates you may want to link records as opposed to merging them. This will link the Master Record (Parent) with any duplicates (Children).

This can be performed when running a Standard session by selecting Link on the group review screen.

After selecting Link, a dialog box will appear asking whether or not you will want to overwrite any existing parent values on any of the duplicates.

NOTE: Linking records within a standard session will not flag the Master records as 'Golden'. This can only be done when selecting 'Match Non Golden Records' from the Session Type dropdown within Step 1 - Session Setup.

To create a Golden Record session, head to Create Session on the home screen and name your session as normal. Then select Single Entity under Match Type.

Under Session Type, you will notice alongside Standard will be three other options. These session types are what utilise the Golden Record optional module. You will notice the application will auto-select Account as an entity type as the golden record functionality is only available within the Account entity. 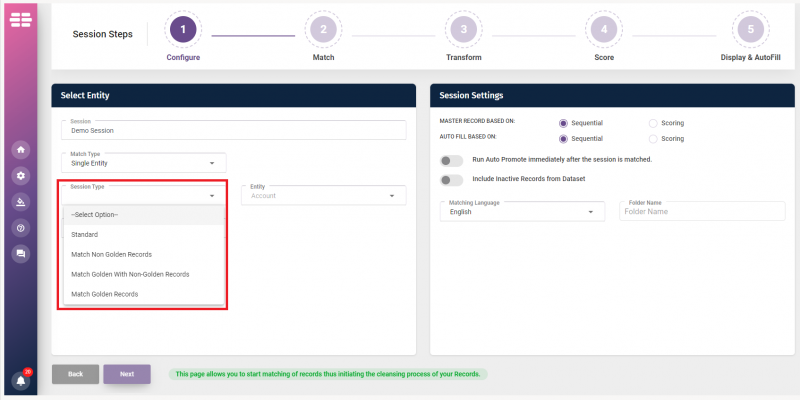 An explanation of all three additional session types and when they should be used can be found below: 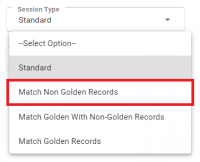 To utilise this optional module, you must start creating your golden records in your CRM database. This can only be done by linking/merging duplicates within this session type.

On the Group Review screen, you will notice the Create & Link button has appeared.

Selecting this option will create a new record in which to set as a master. This record will be created as a copy of the Master record and have the original master record linked to your new golden record as a child.

This session type allows you to match records that have already been flagged as golden to non-golden records. 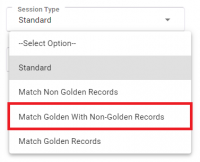 After running Match Non Golden Sessions, this should be your next step. Matching your newly golden records to non-golden records allows you to perform a cross comparison to match records, allowing the necessary linking of legitimate duplicates that have been introduced unto your CRM. 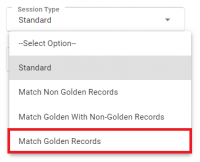 This option allows you to complete a match session to de-duplicate your golden records. This will prevent multiple duplicate golden records from co-existing.