The settings applied in this section will allow you to define the ‘Attribute Groups’. These groups can then be populated with the relevant 'Entity Attributes' which will be used for matching. After clicking on ‘Set Attribute Groups’ under ’Settings’, you will be able to navigate to the screen below. 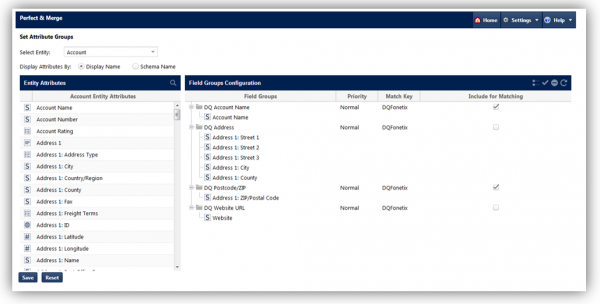 Entity Type: For this incidence select 'Single Entity' from the drop-drop. 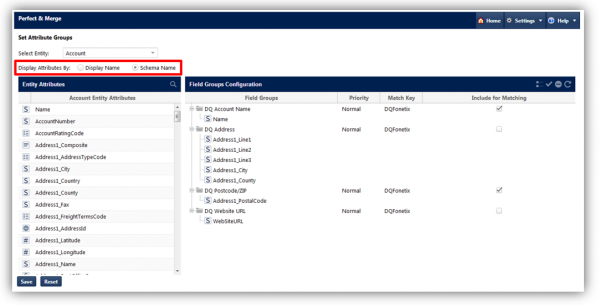 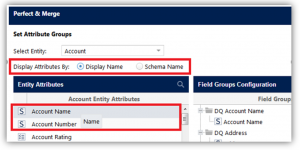 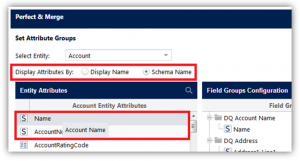 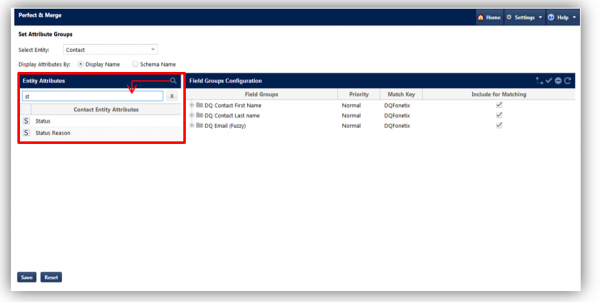 Entity Type: For this incidence select 'Cross Entity' from the drop-drop.

DQSoundex overloads Soundex with the advanced capabilities of DQFonetix™. This improves the start of word logic and modifies the first letter(s) of an input string. DQSoundex will de-pluralise and pre-process the start of words to manage variances like ‘C’ to ‘K’ as in 'Cathy' and 'Kathy', as well as ‘Ph’ as in Phonetix to ‘F’ in Fonetix.

This allows you to find more precise matches than the simple Soundex algorithm. Metaphone considers a larger set of character transformations than Soundex and therefore analyses a string phonetically with far more accuracy.

DQMetaphone like DQSoundex is an enhanced Metaphone technology with the advanced capabilities of DQFonetix™. This improves the start of word logic and modifies the first letter(s) of an input string. DQSoundex will de-pluralise and pre-process the start of words to manage variances and improve matching.

In the case shown below (Christopher), Metaphone would have generated three of five names matches. However, after running DQ’s advanced algorithms and advanced logic, DQMetaphone allows ‘Kh’ from 'Khristopher' to match with the ‘Ch’ from 'Christopher'. Thus generating the same match key token.

Selecting no match key will not generate a phonetic token, hence no match token will be generated. However, this allows you to match identical strings.